What to see in New York? When answering this question, you can write the whole book, since the city is considered to be the often-traveled destination full of many attractions and entertainment venues. Every day you can discover something new, and get acquainted with the cultural life of the metropolis by exploring its business districts, and enjoying shopping in huge malls.

Also, New York is one of those cities whose architectural and historical sites amaze with their splendor and beauty. Thus, many travelers seek to visit the city to see them with their own eyes. Do you want to admire these unique structures too? Then go to New York, but don’t forget to reserve a car from AVR to travel around the city with comfort.

The Statue of Liberty 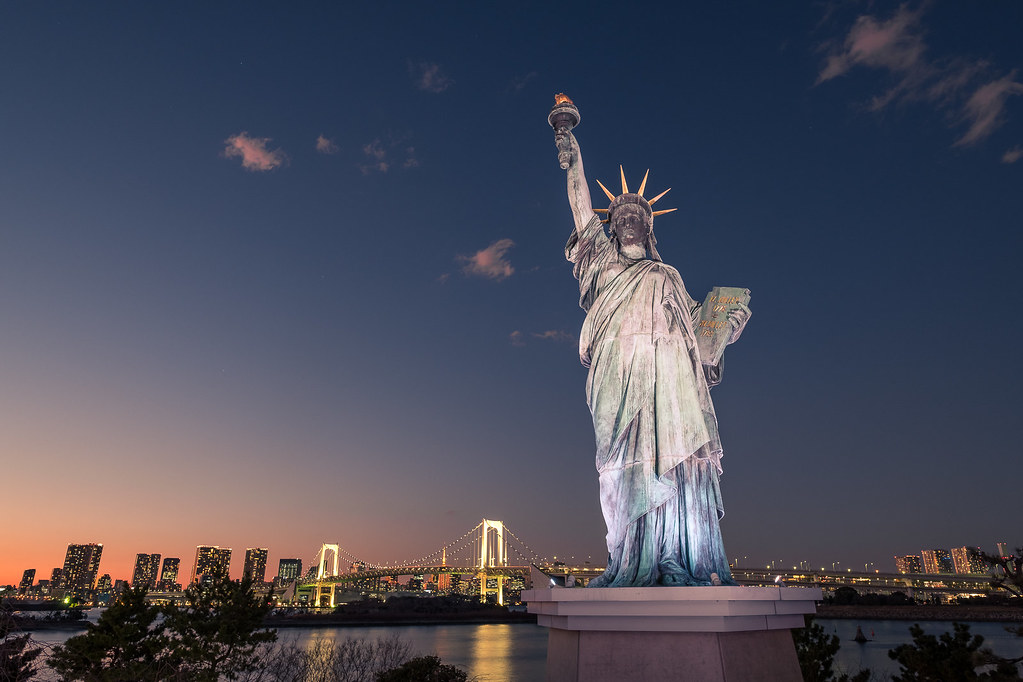 The Statue of Liberty is the famous symbol of New York and the independence of America. This is a legendary monument that every American is proud of. The height of the monument is 93 meters. The statue of a woman who holds a torch in one hand and a tablet with the date of independence of the country in the other can be seen from afar, and in the evening and at night it’s highlighted by a multitude of lights.

It’s interesting to know that the author of the famous Eiffel Tower designed this American landmark. Today, the Statue of Liberty is visited by a huge number of tourists. The crown on the head of a woman with seven rays, symbolizing the seven continents, is a viewing platform. In order to climb it, you need to walk more than 300 steps, but this path is worth it. Through 25 panoramic windows you’ll enjoy stunning views of the lagoon and skyscrapers of the city. 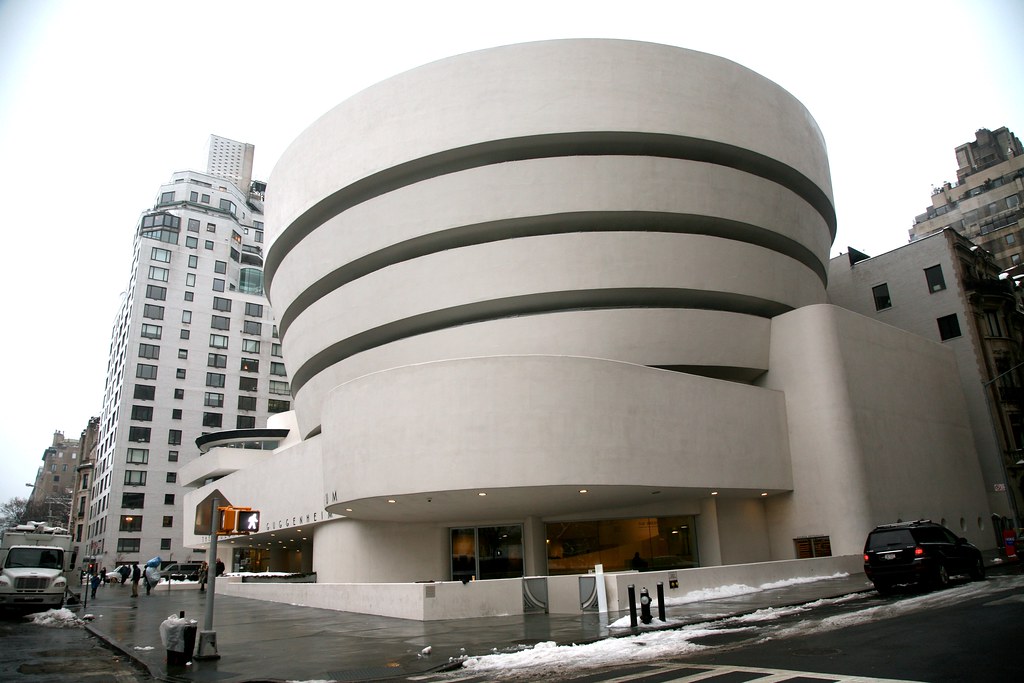 This is the most unusual museum in New York. It was founded by Guggenheim, who began to collect unusual objects and paintings, and after a few years his collection was so extensive that there was a need to build a separate building for its exhibition.

The Guggenheim Museum features an unusual architecture. Some people compare it with a spaceship and others with an inverted pyramid. The building in the form of an irregular ellipsoid looks futuristic against the background of skyscrapers. Visiting the museum also causes special emotions. At the entrance, visitors are taken to the upper floor in a special elevator, and from there, going down the gallery in the form of a serpentine, they can observe the exposition. 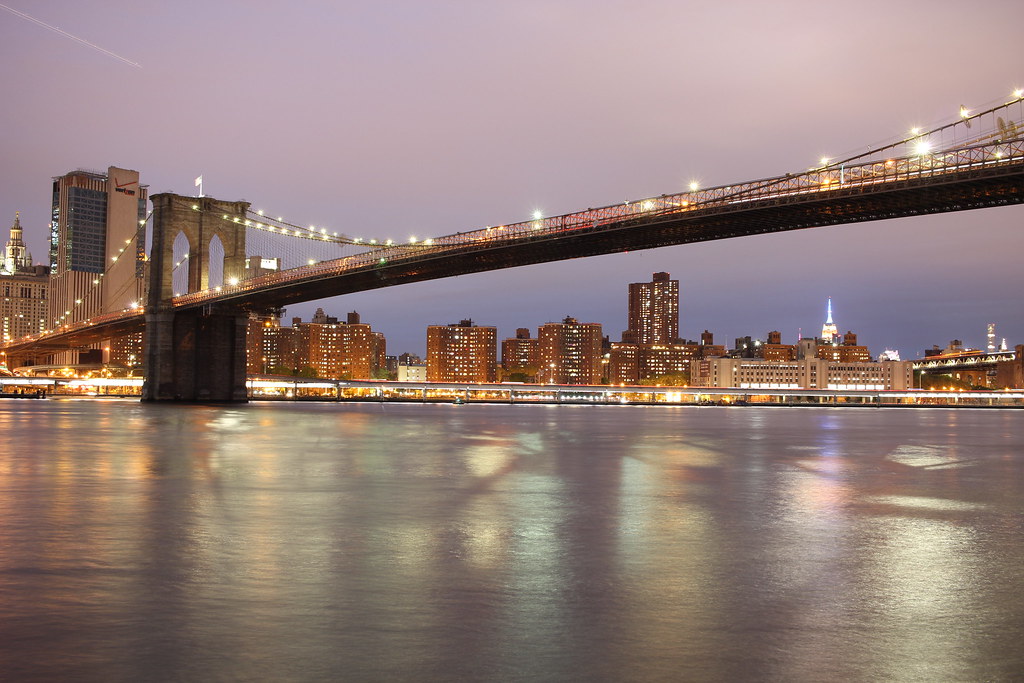 Brooklyn Bridge is one of the eight Wonders of the modern world. It was built at the end of the 19th century to link two economically important areas – Manhattan and Brooklyn. The unique for the time structure was built over 14 years. Due to its design, it’s considered to be a brilliant architectural structure.

The construction of a nearly two-kilometer bridge was complicated by several features. At first, in order to establish the main supports, it was necessary to drill the sea bottom, which was a hard rock surface. Secondly, the construction of the structure had to hang on steel cables, which for those times was an unusual solution.

Today, this bridge has 2 automobile and 1 pedestrian lanes. During the Cold War, the piers of the bridge were used as a bomb shelter, fully equipped for a possible nuclear disaster.

When visiting New York, you should definitely check out Empire State Building. This legendary skyscraper with the height of more than 400 meters is one of the most iconic attractions of the metropolis.

Surprisingly, such a tall building was built in just 15 months. Several thousand workers worked on its construction, including the Mohawk Indians, who have absolutely no fear of heights.

The top of the building is crowned with a high spire. It was originally planned that it would be a place for mooring airships, but the spire was never used for its original purpose. Currently, the steeple is replaced with antennas that receive signals from all radio stations in New York.

Many tragic stories are connected with the construction of this skyscraper. During the Great Depression period, the building was chosen by suicides, as well as a bomber crashed into the Empire State Building in 1945, and several workers were killed during construction.

The terrible fates and monumentality of the skyscraper attracts tourists to its observation deck, which overlooks the whole of New York. 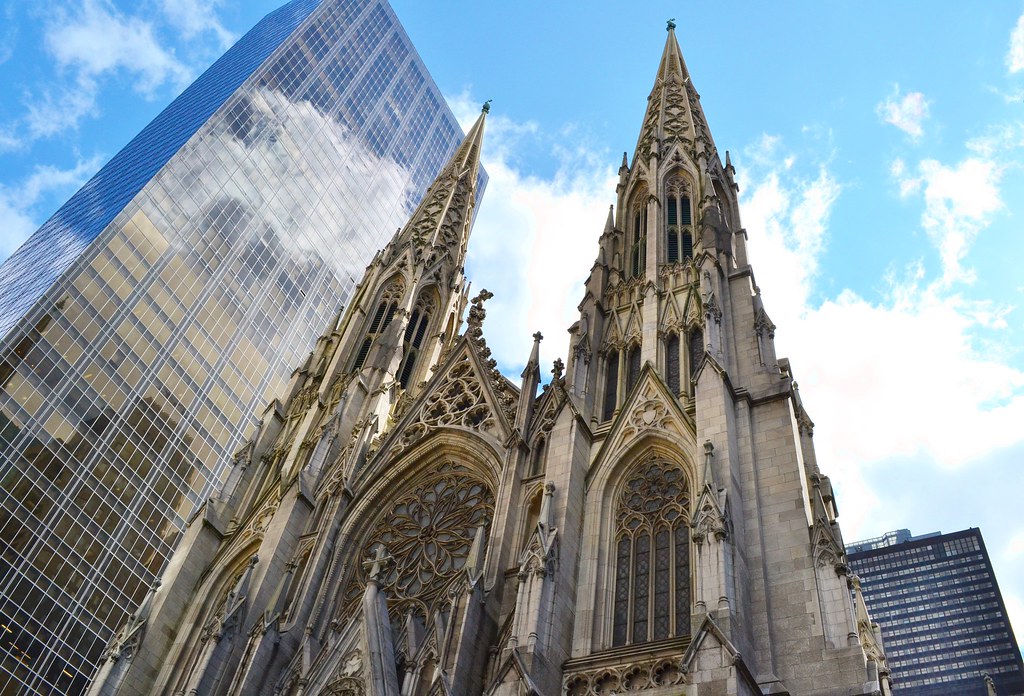 This is a colossal architectural object and one of the main attractions of New York. St. Patrick’s Cathedral was built in the middle of the 19th century according to the unique project of architect James Renwick Jr. During the opening of the temple, its 100-meter-high spiers towered over the buildings of the city, but today it’s surrounded by skyscrapers and focuses on the unusual neo-gothic-style architecture.

The building is built of brick and designed in the shape of a cross. Its external facades and interiors are lined with marble. The huge hall can accommodate more than 2 thousand people at once.

Why visit this cathedral? Its interior decoration causes awe and admiration. The walls are decorated with frescoes and paintings, and the light penetrating through the huge colored stained-glass windows creates a unique atmosphere.

TOP 7 Architectural Masterpieces You Can See In Louisiana

How to Make an Older Home Look New Before You Sell

Hiring Contractors for Your House Remodelling